NASA’s Mars 2020 Perseverance rover got its first high-definition look around its new home in Jezero Crater on Feb. 21, after rotating its mast, or “head,” 360 degrees, allowing the rover’s Mastcam-Z instrument to capture its first panorama after touching down on the Red Planet on Feb 18.

The cost of avoiding collision 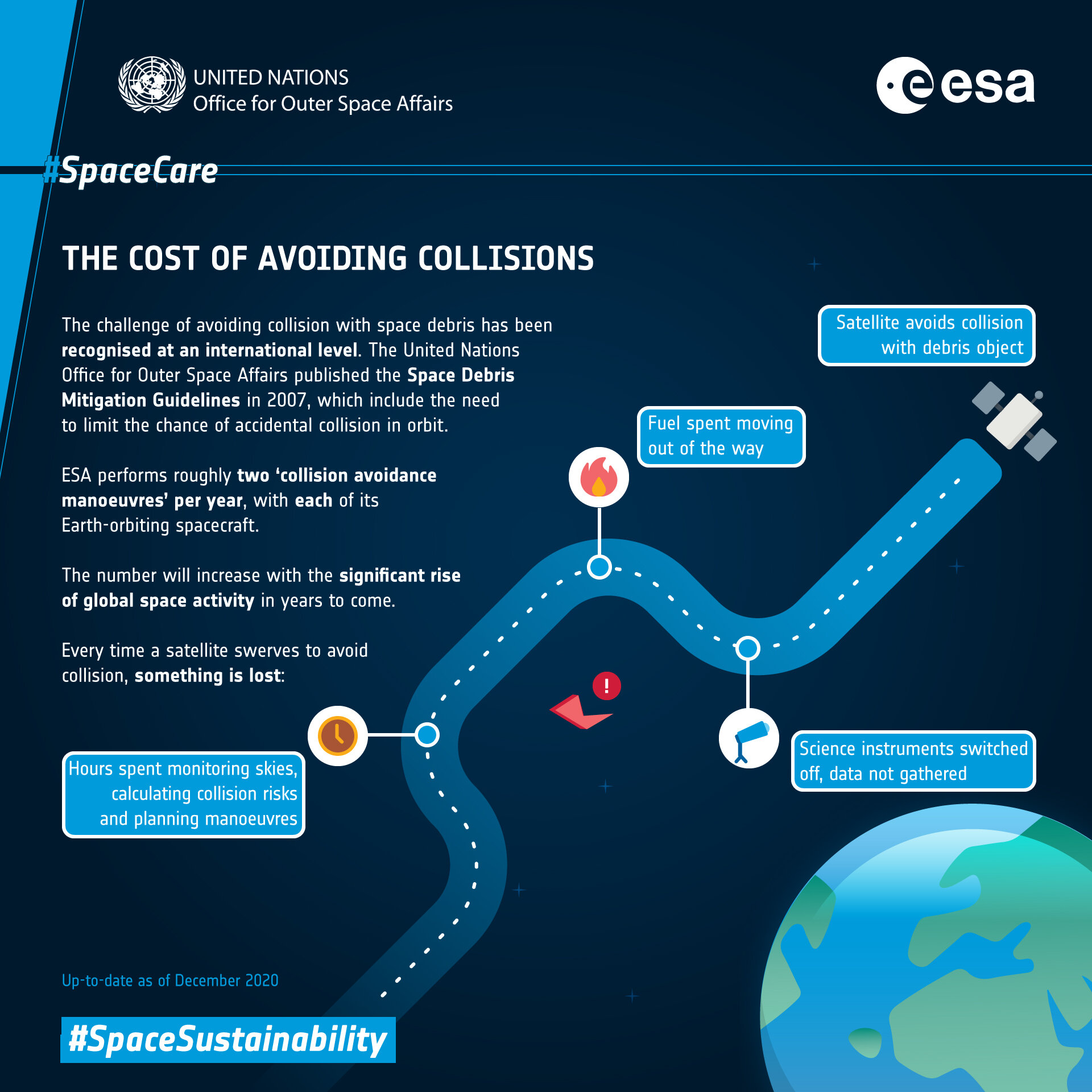 Information for all visitors to ESA sites

Information for all visitors to ESA sites ;

NASA to Host Briefings, Interviews for Next Crew Rotation Mission with SpaceX

NASA will highlight the second crew rotation flight of a U.S. commercial spacecraft with astronauts to the International Space Station with a pair of news conferences beginning 12:30 p.m. EST Monday, March 1.

In 2020, astronomers added a new member to an exclusive family of exotic objects with the discovery of a magnetar. New observations from NASA’s Chandra X-ray Observatory help support the idea that it is also a pulsar, meaning it emits regular pulses of light. Experiments that use worms to study muscle loss, examine how astronauts sleep, and test high-powered computers in space, along with more scientific studies and supplies, are ready for launch to the International Space Station on a Northrop Grumman Cygnus spacecraft.

A Northrop Grumman Cygnus resupply spacecraft is en route to the International Space Station with approximately 8,000 pounds of science investigations and cargo after launching at 12:36 p.m. EST Saturday from NASA’s Wallops Flight Facility in Virginia. About three hours after launch, the spacecraft’s solar arrays successfully deployed to collect su

Assessing The Habitability Of Planets Around Old Red Dwarfs

A study using Chandra and Hubble has given new insight to how habitable planets that orbit the most common type of stars in the Galaxy might be. Less than a day after NASA’s Mars 2020 Perseverance rover successfully landed on the surface of Mars, engineers and scientists at the agency’s Jet Propulsion Laboratory in Southern California were hard at work, awaiting the next transmissions from Perseverance.

The Recipe for Powerful Quasar Jets

Some supermassive black holes launch powerful beams of material, or jets, away from them, while others do not. Astronomers may now have identified why. Aboard the International Space Station the week of Jan. 25, crew members performed scientific experiments that included testing technology for producing nutrients on demand and tracking cargo, and a study on improving the food menu in space. 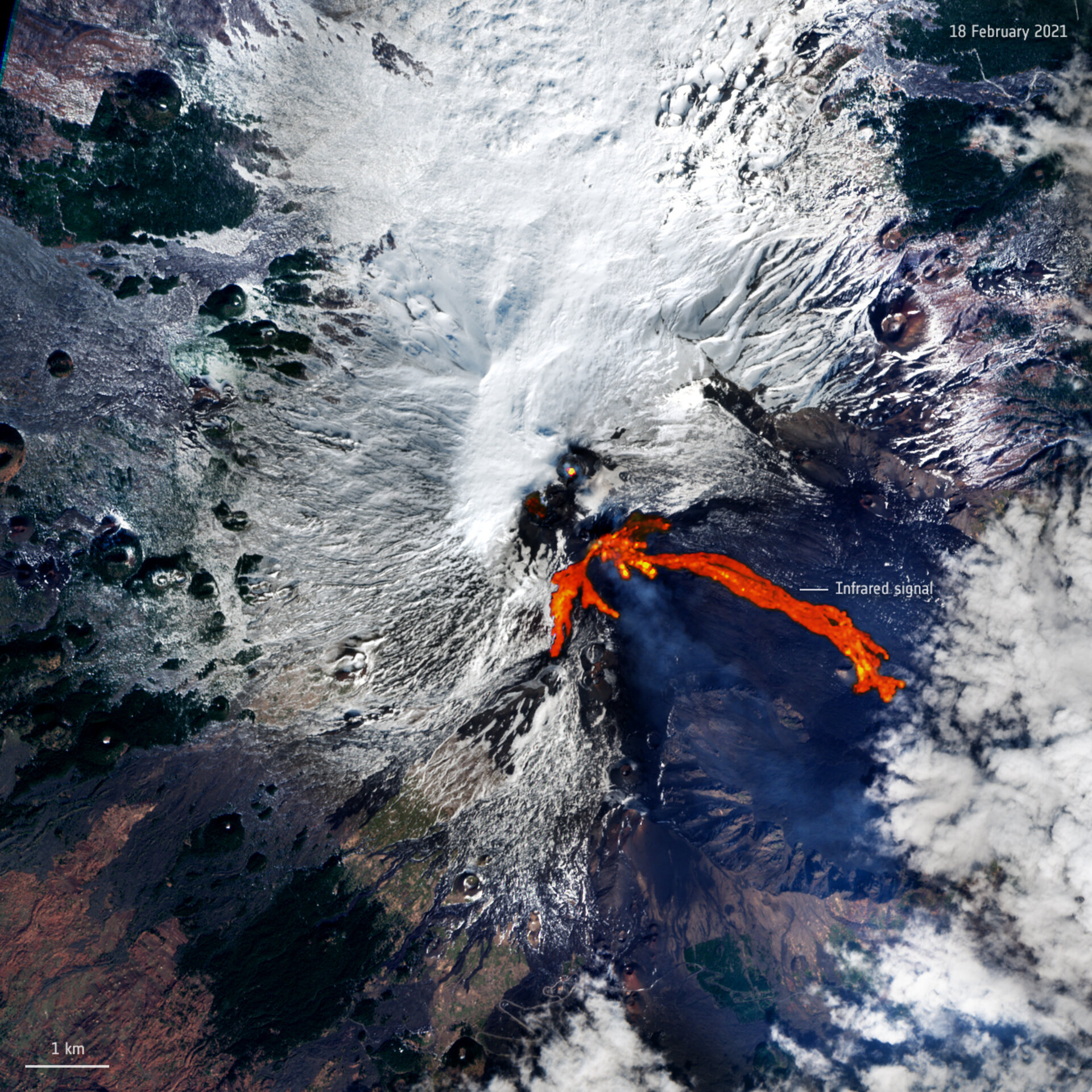 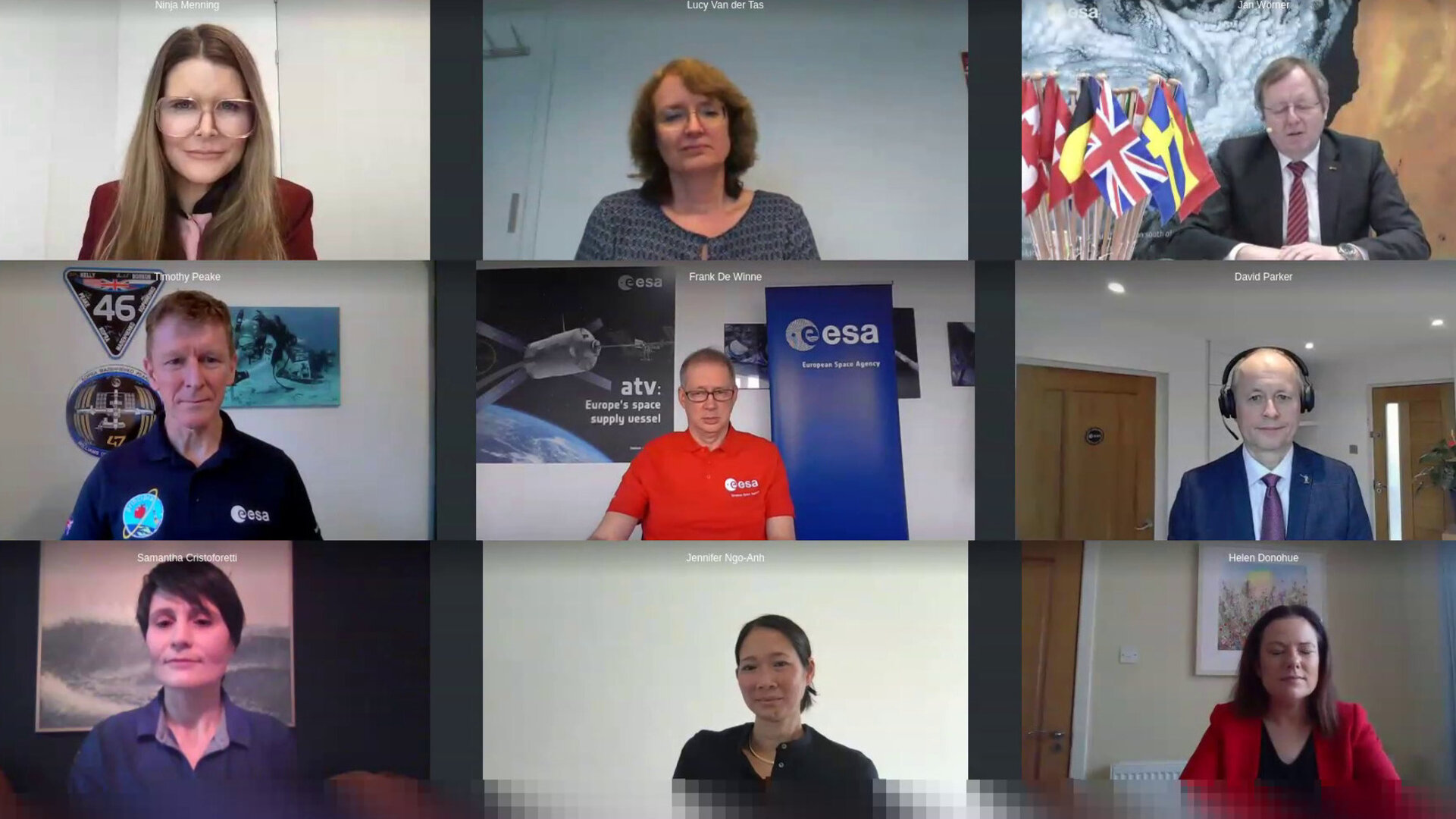 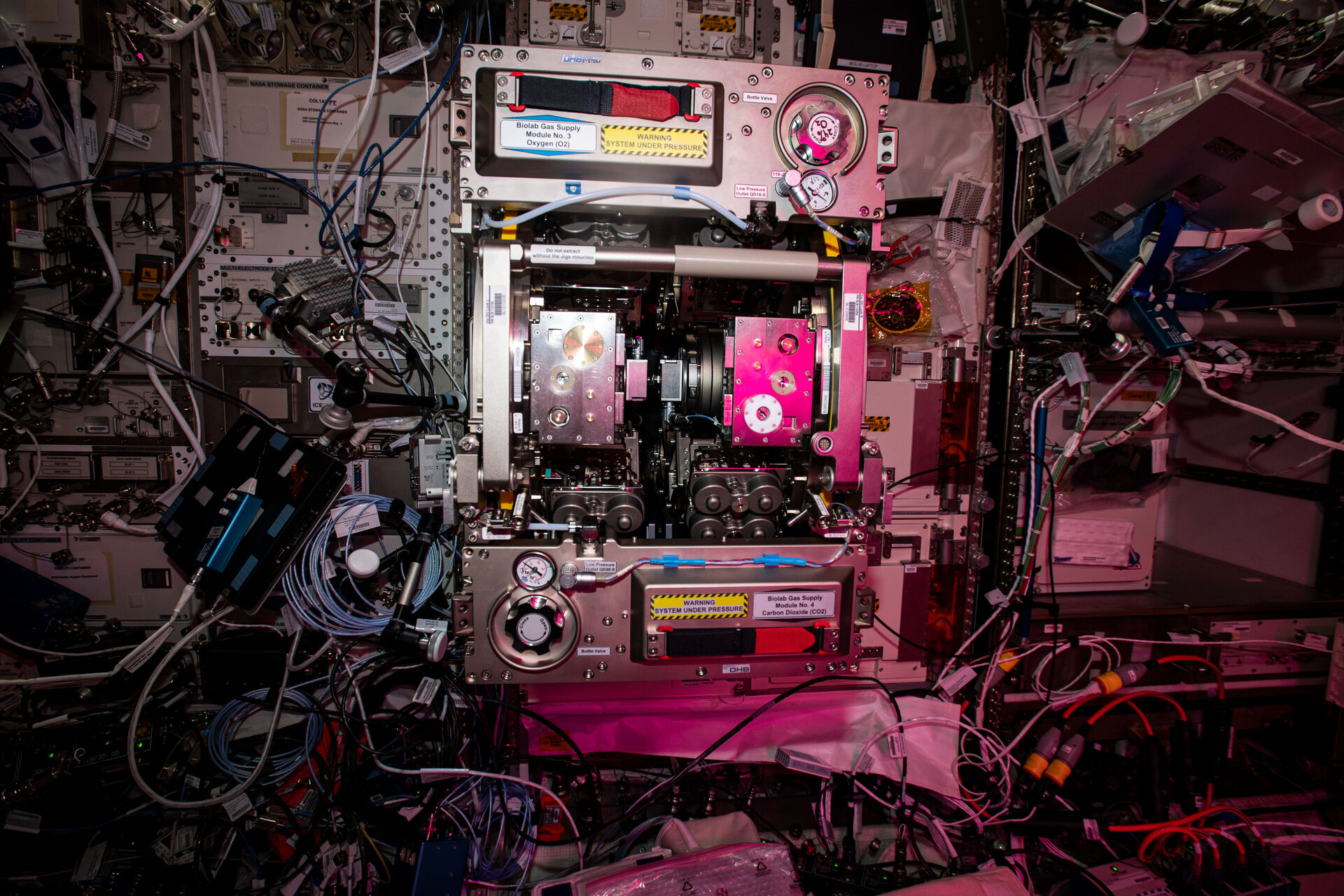 In a first step towards uncovering the Moon's subterranean secrets, in 2019 we asked for your ideas to detect, map and explore lunar caves. Five ideas were selected to be studied in more detail, each addressing different phases of a potential mission.

On Feb. 19, 1986, the Soviet Union launched the first module of the Mir space station. Called the Mir base block or core module, this first element provided living accommodations, life support, command and control, and communications systems.

The week of Feb. 8, crew members aboard the International Space Station conducted a number of scientific investigations including mapping microbes on the station and studying plant growth in space.

New video from NASA’s Mars 2020 Perseverance rover chronicles major milestones during the final minutes of its entry, descent, and landing (EDL) on the Red Planet on Feb. 18 as the spacecraft plummeted, parachuted, and rocketed toward the surface of Mars.

On the Hunt for a Missing Giant Black Hole

Astronomers are searching for signs of a supermassive black hole in the galaxy cluster Abell 2261. Scientists think this galaxy underwent a merger with another galaxy, which could have caused a newly formed larger black hole to be ejected. Astronomers do not yet know what happened to this giant black hole. NASA is inviting the public to take part in virtual activities and events ahead of the launch of Northrop Grumman’s 15th commercial resupply services mission (NG CRS-15) for NASA.

An effect predicted by Albert Einstein has been identified in a double star system about 29,000 light years from Earth. The Copernicus Sentinel-2 mission takes us over Lusaka – the capital and largest city of Zambia. 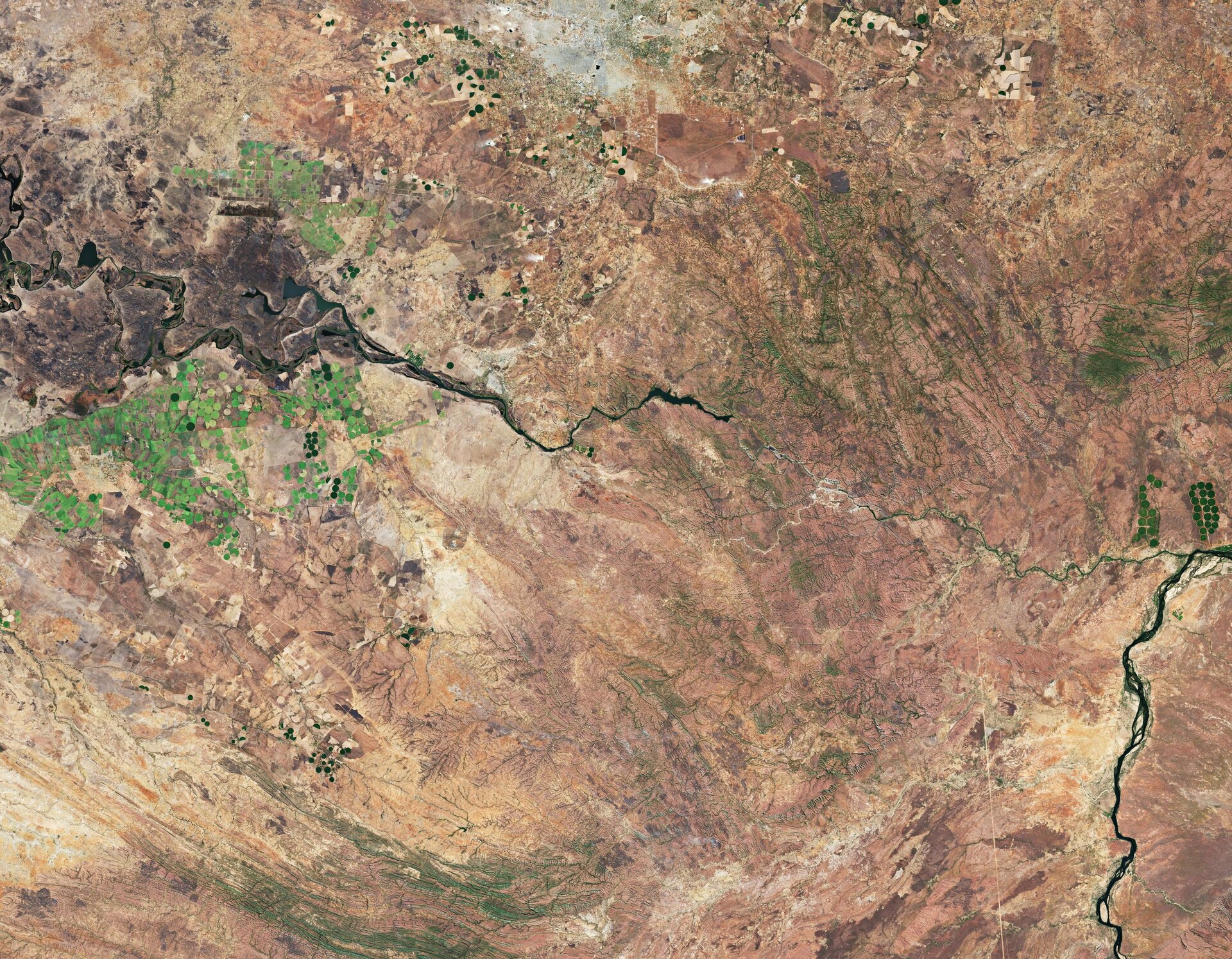 Join the new era of exploration as an ESA astronaut

For the first time in over a decade, the European Space Agency (ESA) is seeking new astronauts to join humankind’s greatest adventure for the benefit of Earth. 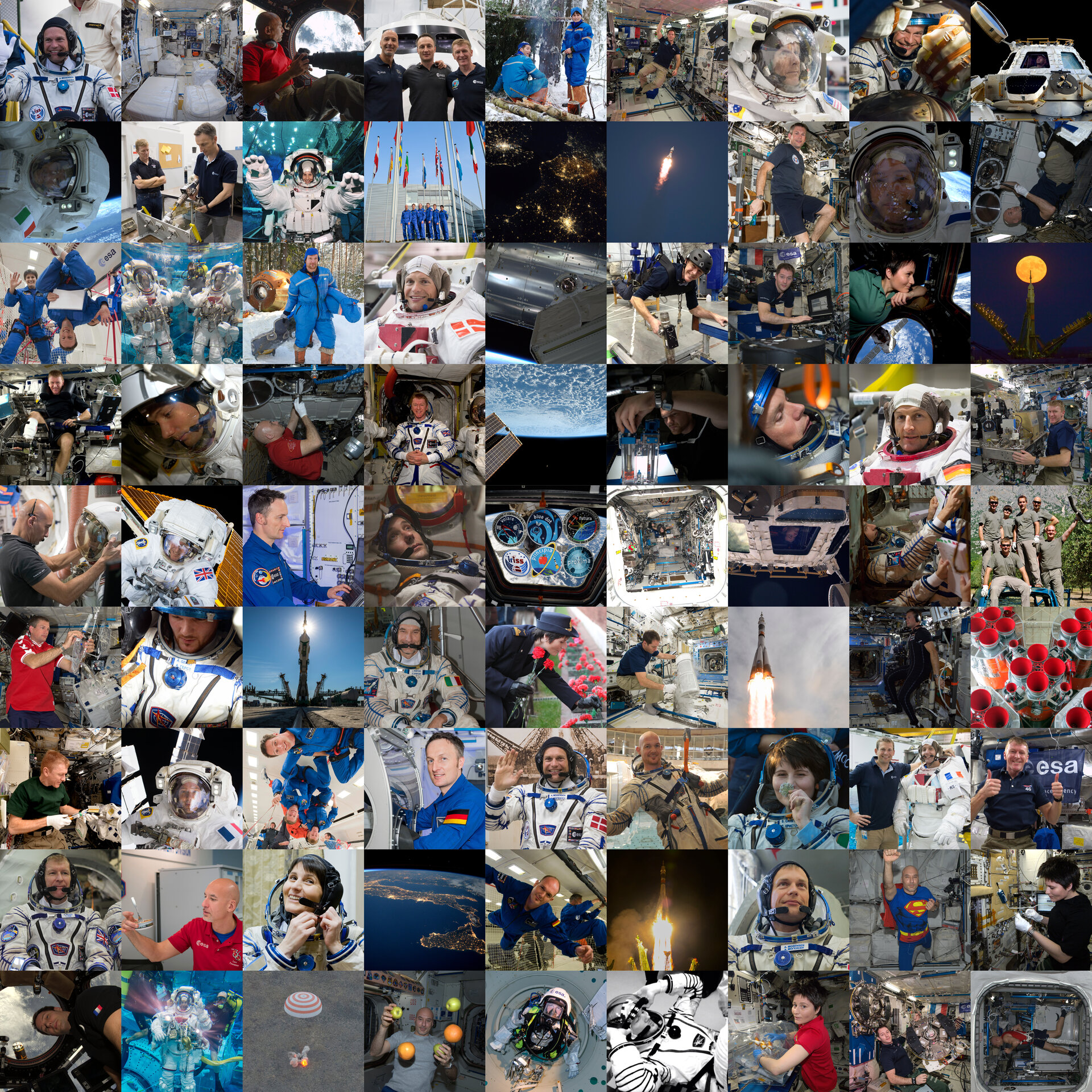 When scientists complete an experiment aboard the International Space Station, the ramifications of that work have just begun. NASA carries on a legacy of decades of biological research data, fueling new discoveries long after studies wrap up in space.

Greener way to get satellites moving NASA will hold a virtual briefing at 2 p.m. EST (11 a.m. PST) today to unveil the “How to Land on Mars” video, which will present first-of-its-kind footage the Perseverance rover captured as it touched down on the Red Planet Feb. 18. The agency also will show new images the rover took on the Martian surface.

A Cosmic Amethyst in a Dying Star

On Earth, amethysts can form when gas bubbles in lava cool under the right conditions. In space, a dying star with a mass similar to the Sun is capable of producing a structure on par with the appeal of these beautiful gems. How to use space to conserve history 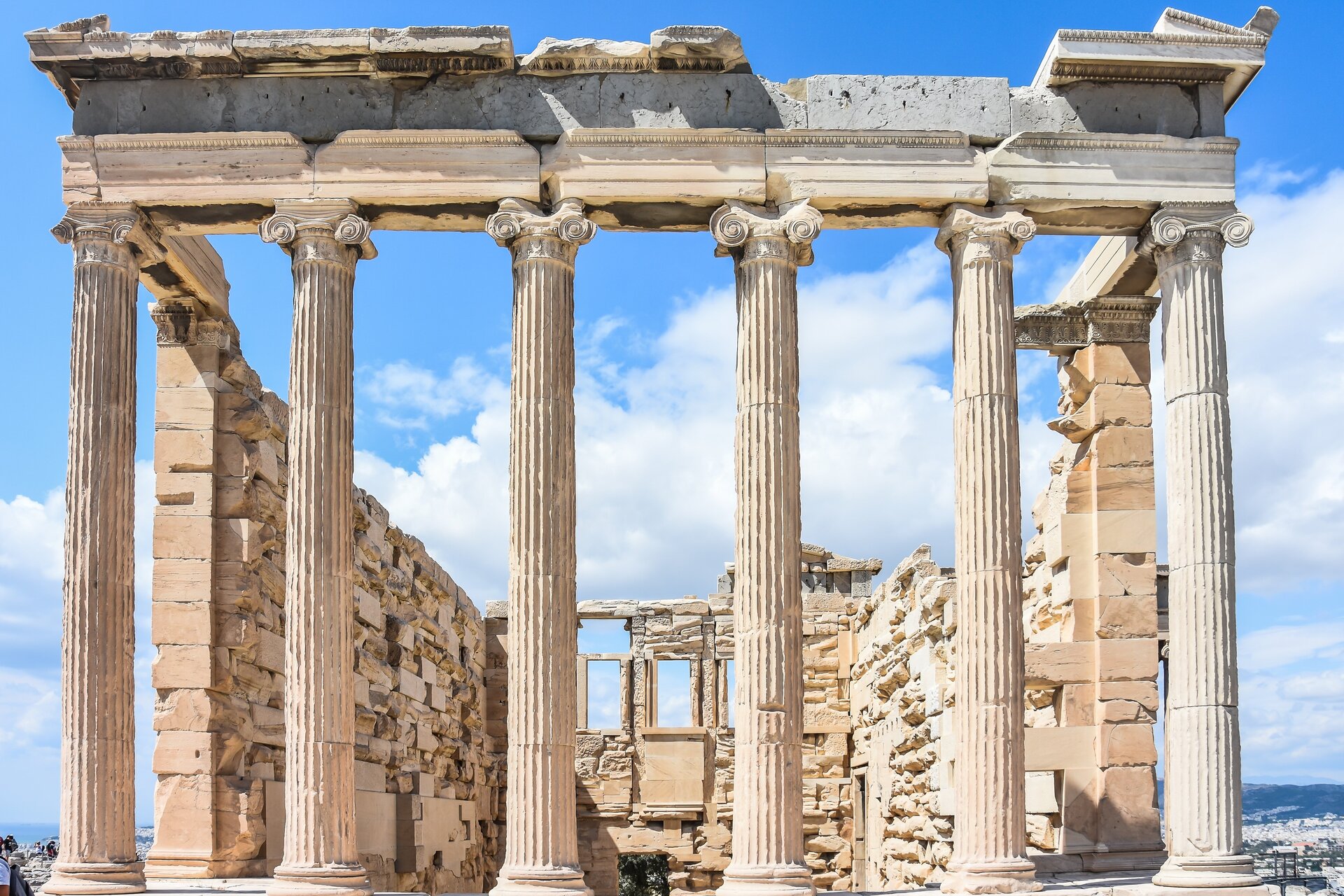 The largest, most advanced rover NASA has sent to another world touched down on Mars Thursday, after a 203-day journey traversing 293 million miles (472 million kilometers).

Astronomers have used NASA's Chandra X-ray Observatory to record material blasting away from the site of an exploded star at speeds faster than 20 million miles per hour. 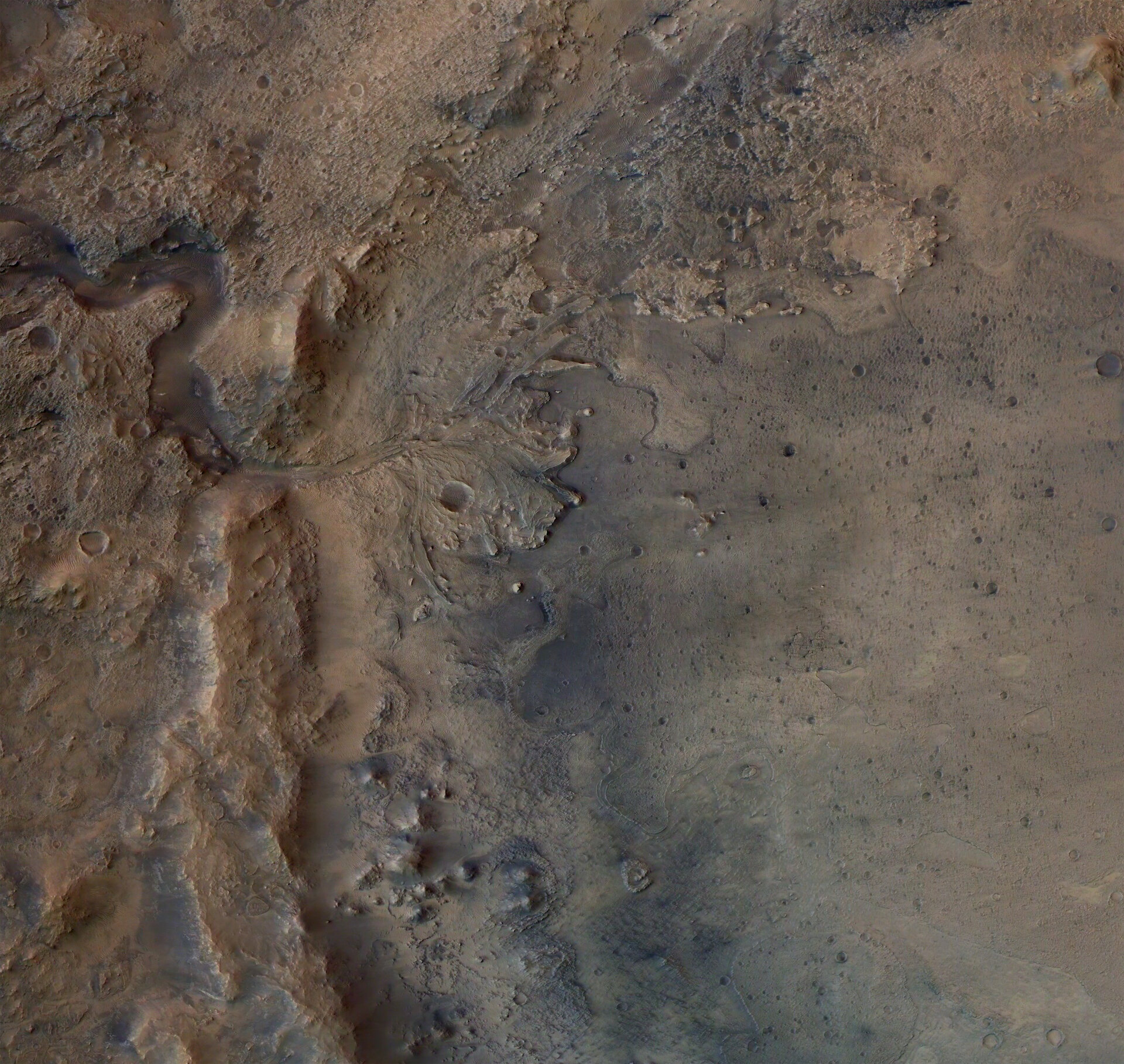 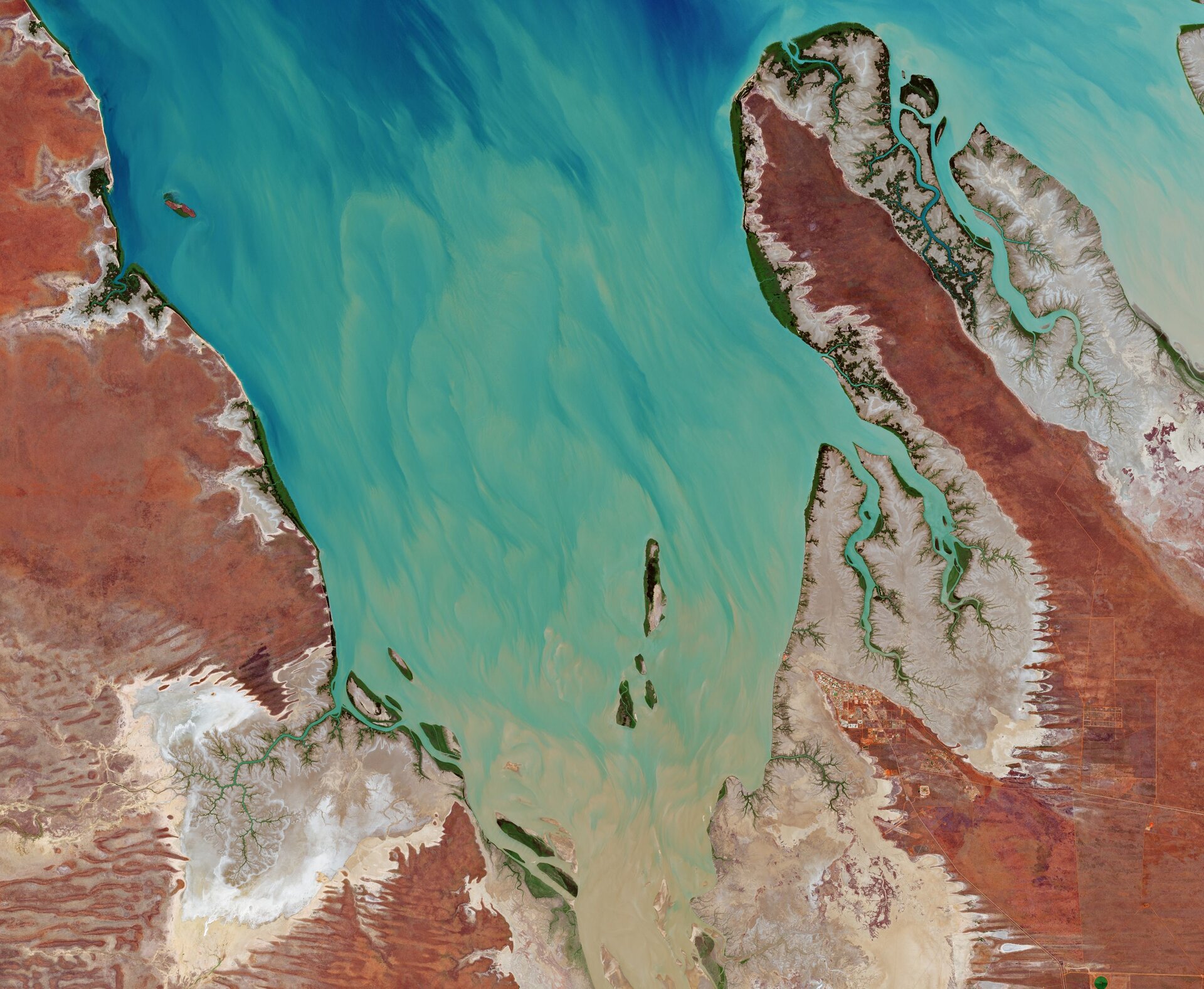 Following the selection of three Earth Explorer candidate missions to enter a first feasibility study in September 2018, ESA has chosen one of the candidates, Harmony, to move to the next phase of development. Harmony is envisaged as a mission with two satellites that orbit in formation with one of the Copernicus Sentinel-1 satellites to address key scientific questions related to ocean, ice and land dynamics. 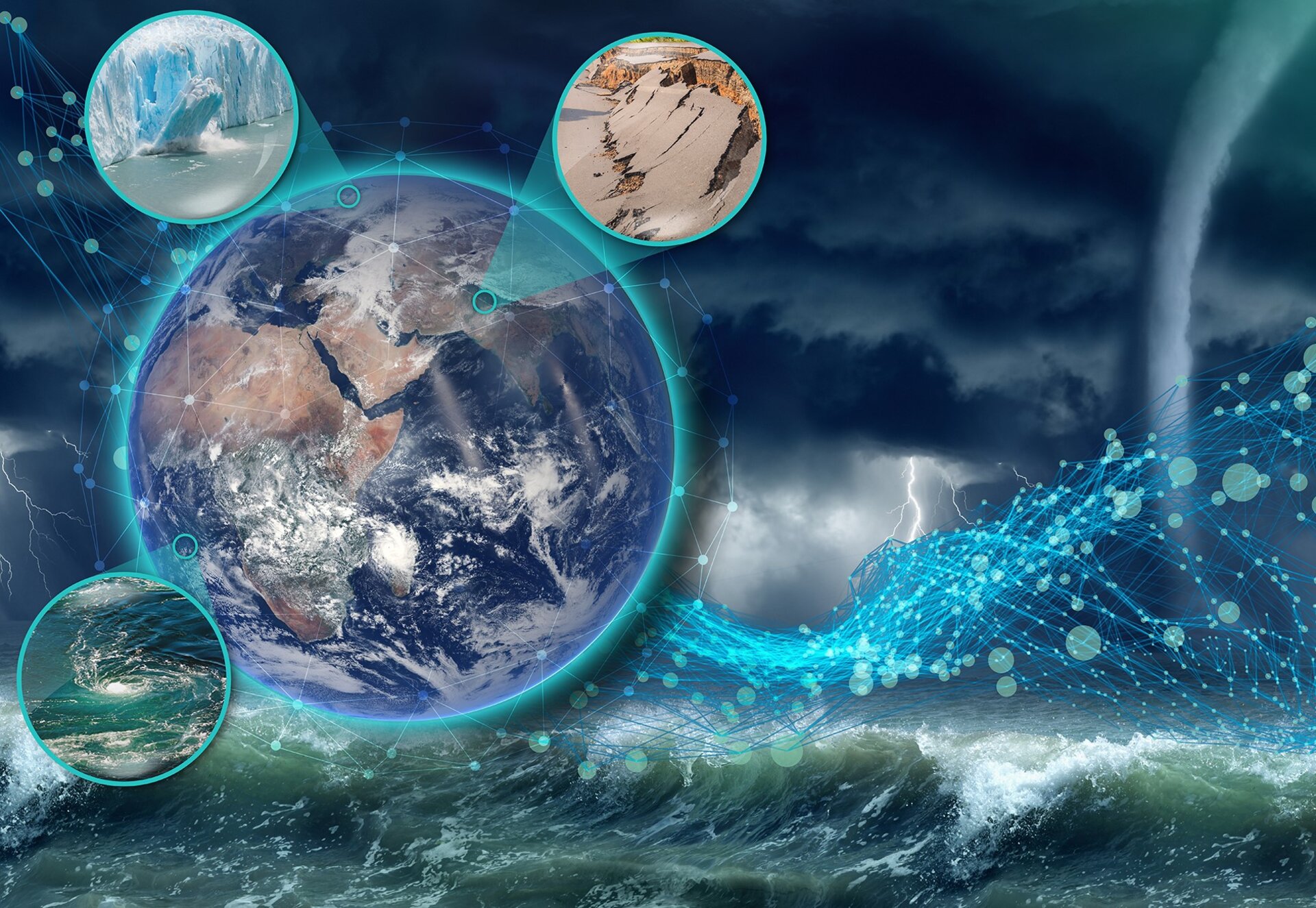 Getz on the run

Using a 25-year record of satellite observations over the Getz region in West Antarctica, scientists have discovered that the pace at which glaciers flow towards the ocean is accelerating. This new research, which includes data from the Copernicus Sentinel-1 mission and ESA’s CryoSat mission, will help determine if these glaciers could collapse in the next few decades and how this would affect future global sea-level rise. 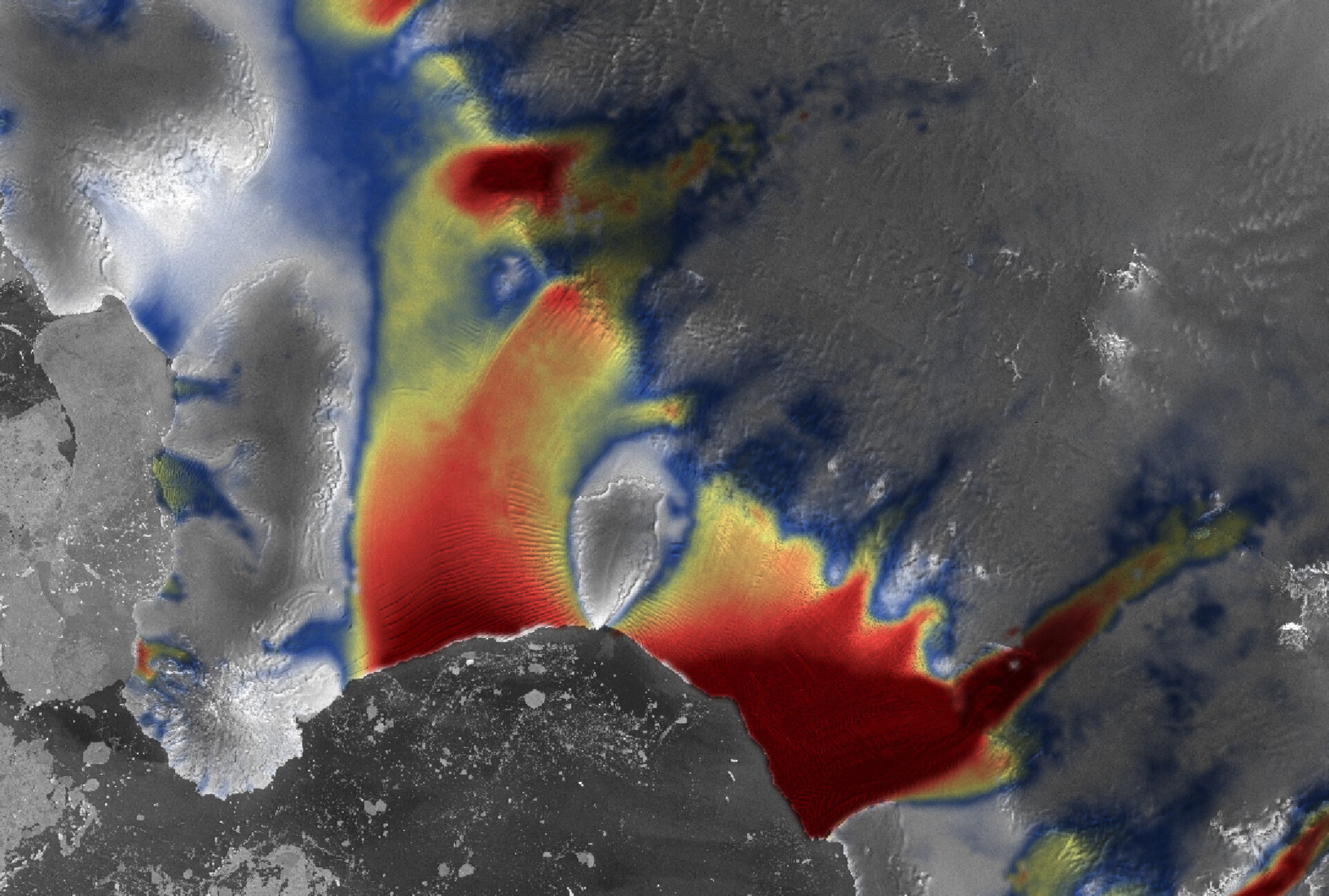